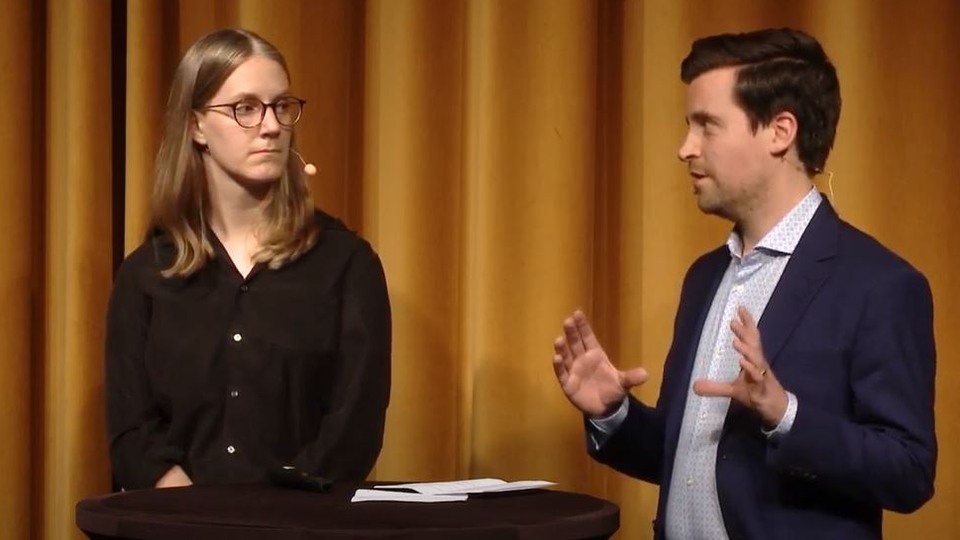 One of Flexi-Sync’s financiers, the Swedish Energy Agency, hosted the annual conference Framtidens Elsystem (The Future Power System) on October 21, together with Power Circle and Fossilfritt Sverige. The Flexi-Sync project coordinator Anna Nilsson from IVL and work package leader Johan Kensby from Utilifeed were among the speakers at the conference that attracted 500 attendees online and was broadcast live from Stockholm, Sweden.

The conference covered several areas of the energy system: sustainable battery storage value chains, the hydrogen hype, local energy communities and microgrids etc. Flexi-Sync was invited to talk about how the project is contributing to a more sustainable energy system by allowing for more efficient use of flexible assets in the district heating systems. Johan Kensby shared some early insights in the project results: ”Optimization actually works! It is fascinating that such a complex system could be fed into an optimization problem solver that can solve for an optimal way to operate flexible assets.”.

The presentation was recorded and could be seen here

Flexi-Sync was also part of a project pitch marathon